Is Virtual Reality the Next Best Marketing Tool? 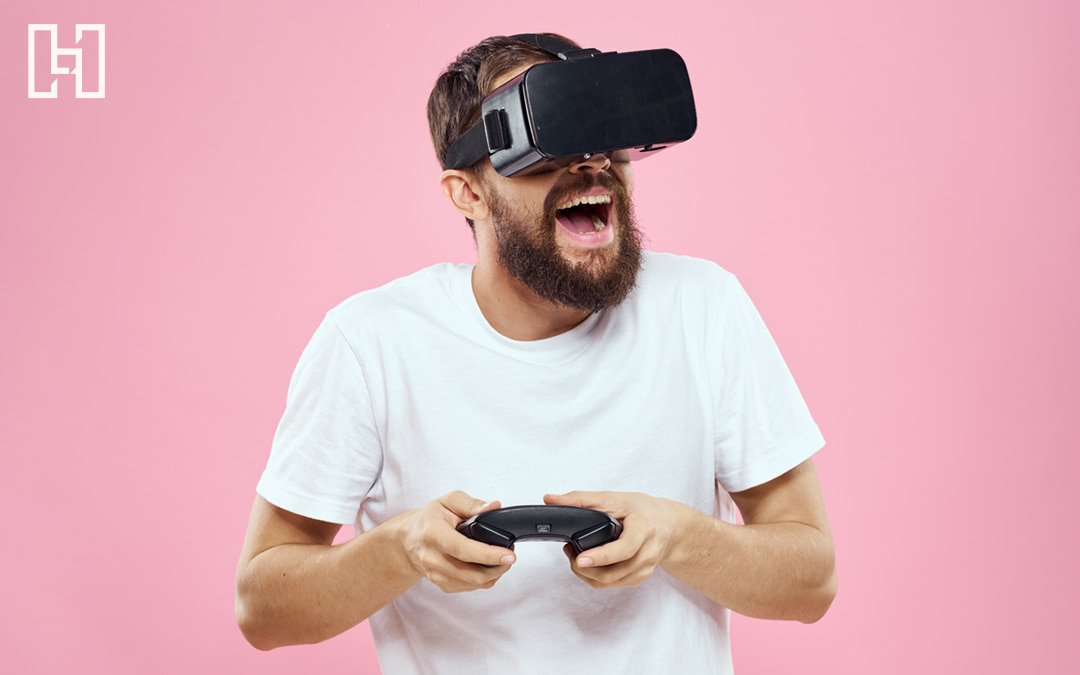 “It turns out that the killer application for virtual reality is other human beings. Build a world that people want to inhabit and the inhabitants will come.” Charles Stross, a science fiction and fantasy novelist, describes virtual reality’s draw using an allegory for “build it and they will come.”

With every new article or breakthrough in virtual reality, like others before it, we ruminate on how this mysterious technology may shape our lives.

“Oculus Rift,” the most famous company and model of virtual reality technology, is set to launch in Q1 of 2016. And it’s not just gamers buying into the technology famously exhibited in movies like “The Matrix.” Oculus was purchased by Mark Zuckerberg and Facebook for $2 billion, with Zuckerberg calling it a “long-term bet.”

Assuming this technology becomes a normal part of life, let’s take a jab at all the question marks. Because of what has already been accomplished, the evolving state of advertising, the proven success of content marketing, and the investment commitment from a variety of leaders, virtual reality is primed to succeed as a marketing tool and more.

So far there have been surgeons practicing procedures on a digital skull, people experiencing fully immersive tours of art galleries, and then there’s being Bryce Harper.

Gatorade became one of the first to roll out an ad using basic virtual reality in a “commercial” where the viewer sees, hears, and feels as Washington Nationals baseball player Bryce Harper does at the plate. Viewers watching on their phone can literally move the screen to change the point of view displayed. And the creation was no cheap or easy task. Wired described the process, which included a rig that had 14 GoPros on it to match the height of Bryce Harper and a sound mapping process that dialed into your head location, so you accurately hear the crowd, umpire, and Harper talking to himself as he would.

As commercial quality has progressed, what used to be woo and charm by technology is morphing into experience. But as revolutionary as the technology may be, it doesn’t matter in a marketing sense until the technology is in the hands of the everyday consumer. Most people have smartphones, but how long until owning virtual reality goggles is the norm?

The first personal computers—like the Micro Instrumentation and Telemetry Systems (MITS) kit called Altair—came out in 1974 and were incredibly rare. It was another two decades before it was normal to see a desktop computer in the living rooms and offices of your average Joe. It took that long, even though pioneers like Steve Jobs, Stephen Wozniak, and Bill Gates were introducing their earliest products in the late 1970s.

However, with the current landscape of information sharing, and since we’re already speculating, let’s assume virtual reality is a household staple within the next decade. How does that shake things up?

It might be the perfect puzzle piece for the shapeshifting psyche of the modern consumer.

Society is crossing a bridge when it comes to advertising. Never have consumers been more bombarded—both via medium and frequency—with ads. And consumers have had enough, with Adblock technology not only skyrocketing in use, but also being endorsed by major brands forming an unstable and unpredictable relationship between the advertiser and consumer.

Mountain Dew’s commercial of a man racing a horse through an obstacle course is simply another commercial, but imagine being that guy on the horse in a virtual reality setting. It seems unfair to categorize the two together, even though someone 40 years ago would be blown away by the quality of the traditional ad.

Research has shown that consumer responses depend greatly on certain stimuli like image speed and music tempo. The epitome of this could very well exist within a virtual reality experience. This fact matters more now than ever, as consumers are exposed to a countless number of ads every day, a large percentage of which fail to capture our attention. Virtual reality, at least in its adolescence, will turn heads and force businesses to adapt in order to keep up with the technology’s impact.

While consumer psychologists have studied the cognitive effect of marketing and advertising for decades, virtual reality may be the first instance in which consumers are affected not only mentally, but also physically by advertisements.

Researchers observed increased heart rate, dizziness, and occasional nausea in subjects who took part in virtual reality versus those who simply observed the experiment.

So it’s a crazy piece of technology that will take you on a joy ride? Got it. How do we know it will stick as a new marketing channel after the buzz dies? To find the answer, look at the success of content marketing.

Virtual reality is the pinnacle of content marketing because it has the ability to provide information through an experience.

Current content marketing practices are already working—like we touched on earlier with native advertising—because consumers are responding well to strategies that are beneficial. Businesses that are answering a question or providing fascinating facts are seeing good results. Virtual reality will tap into that vein of curiosity.

Imagine giving a virtual tour of your pet store where customers can see all of your animals, or physical therapy clinics showing an interactive replay of injuries to help patients visually see the recovery process. It’s the same idea Gatorade had when it put us in the shoes of a baseball star. This is the potential virtual reality holds for marketers.

Dissect the practice, and it’s apparent that virtual reality can promote the same premise applied to online blogs, podcasts, and sponsored content. It’s the effort to educate people about your brand, except with virtual reality, it’s on steroids.

Marketing by definition is about bringing together buyers and sellers for a mutually advantageous exchange of products or services. Advertising is about a paying for the placement of a message. While merely hypothesizing about the technology’s application, virtual reality certainly leans more towards marketing than advertising, which is failing to reach consumers now more than ever.

To see it for all its worth, don’t view it as either a marketing or advertising machine, but rather a new channel. Just like TV, radio, and the Internet, virtual reality will expand to have a variety of purposes and content. While the Internet has made marketing strategies easier, an invention like virtual reality certainly takes it to a higher degree.

Digital marketing takes pride in its promotion through pure methods and sharing content that not only sells the company but benefits consumers. By creating experiences that challenge almost all of the five senses, companies will have the opportunity to market at a level unimaginable until now.

The Road Ahead is Still Long

Sounds great! When can we start? It may be a while before we can test these hypotheses. Preliminary models of Oculus Rift cost $350 and will require high-end computing power to go with it—the latter a major disqualifier for many.

While virtual reality is already in the hands of a select few establishments, history tells us it won’t be a force until it enters the home of your average, middle class family.

Even when the availability is at the right level, predicting consumer behavior with technology is impossible. The Apple Watch, Segways, and Google Glass are just three examples of products that appeared revolutionary prior to launch, but have yet to impact the world in the same way other inventions have.

If the masses don’t enjoy wearing big goggles over their mugs, virtual reality could follow the same path as other underwhelming innovations that are treated as toys.

What may separate virtual reality from the rest is the all-in behavior from industry leaders. Microsoft has “HoloLens,” Google has “Magic Leap,” Samsung has “Gear VR,” and Sony has “Project Morpheus” for PlayStation all on the way in addition to Oculus Rift.

Successful, revolutionary creations center around what Stross said: people. The Internet connected us around the world, smart phones took it from the home to our pockets and social media attached our names and faces to it. All in all, how virtual reality fits into marketing and advertising boils down to the experience provided for the people.

When new technology and practices come into existence, businesses don’t have the option to take a pass on it like consumers do. When it rolls around, the leaders will begin marketing and advertising through the channel, forcing everyone else to join in or create alternate content strong enough to compete.

There’s no sure way to prepare for virtual reality at large, so buckle up and enjoy the ride. Because if the wave is as big as anticipated, everyone will be learning how to swim again. 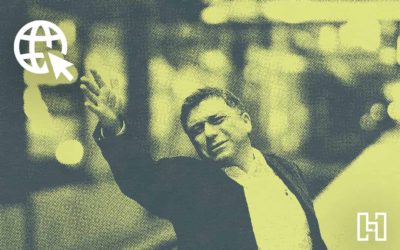 How Small Businesses Can Build a Better Online Presence

90% of people using the internet are looking for local businesses, which means you could be missing out on reaching new customers if your small business doesn't have an online presence. But where do you start with getting online? Building a digital presence for a... When measuring the success of video marketing efforts on YouTube, many marketers will use metrics like views to understand their video content performance. But what's considered a "view" on YouTube? Better yet, how does YouTube count views? Let's take a closer look.... 3 Ways to Use Pinterest Trends for Digital Marketing Research

If you're struggling to find topics for a content marketing strategy, understand what your social media audiences are interested in at different points of the year, or determine when the best time to launch a new product is, Pinterest Trends could just provide you...

← How to Conduct a Content Marketing Audience Analysis The Difference Between Manual Actions and Algorithm Changes →
We use cookies to ensure that we give you the best experience on our website. If you continue to use this site we will assume that you are happy with it.OkPrivacy policy