We’ve been working on a huge Hurrdat Films project for the last few months, and we’re finally able to share it with you! We’d like to announce the release of our latest full-length documentary, 50 Summers.

Slated for an October 2018 premiere, the film celebrates the Omaha Storm Chasers’ historic 50th season as the Minor League Baseball Triple-A affiliate of the Kansas City Royals and shows just how much the business of MiLB in America has changed over the last 50 years.

While filming, we had the opportunity to embed with the Omaha Storm Chasers’ front office staff, getting an all-access, behind-the-scenes look at what it takes to make Opening Day an unforgettable event. We were also fortunate enough to interview incredible players, broadcasters, and front office legends on their experience with MiLB over the years.

While most of our documentary features the Omaha Storm Chasers—including their record as the longest parent-club affiliation in the Triple-A and how they’ve survived multiple name and ownership changes, stadium issues, College World Series competition, and relocation threats—50 Summers also shines a light on the amazing “Game Day” atmosphere that MiLB teams provide all over the country.

For Director Dan Napoli, it’s been an incredible experience working on 50 Summers. “From the people we’ve been able to sit down with and the stories we’ve heard, you really get a sense of how important the Triple-A team has been to Omaha, and on a grander scale, how Minor League Baseball has been a huge part of the American experience,” he says.

It’s also been great to work with the Omaha Storm Chasers, not only because we had the chance to show what makes the team so unique among MiLB history, but also because their story and their sense of community is so relatable for other MiLB teams and fans.

“What is more exciting is this project grew into a story of the spirit and soul of what Minor League Baseball is and is larger than just the Chasers organization,” says President and General Manager Martie Cordaro. “We are proud to be featured in this film showcasing fun and community within the best sports industry in the world.”

We’re so proud of this film, and we can’t wait for you to join us in celebrating one of the best experiences in America—a day at the ballpark.

Check out the first 50 Summers trailer below! 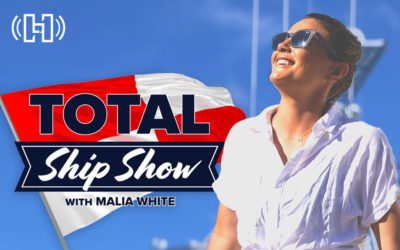